A machicolation (French: mâchicoulis) is a floor opening between the supporting corbels of a battlement, through which stones or other material, such as boiling water or boiling cooking oil, could be dropped on attackers at the base of a defensive wall.

The word derives from the Old French word machecol, mentioned in Medieval Latin as machecollum, probably from Old French machier ‘to crush’, ‘to wound’ and col ‘neck’.  In other words: “neck breaker” or “neck crusher.” Machicolate is only recorded in the 18th century in English, but a verb machicollāre is attested in Anglo-Latin.

Like all things, this can be taken metaphorically or literally. 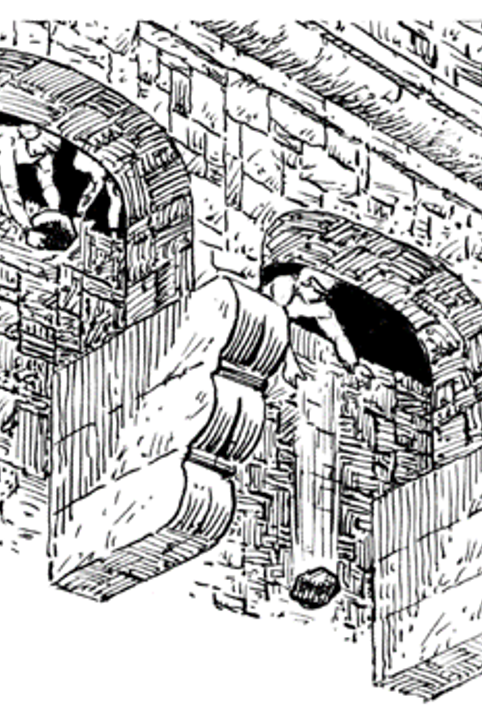